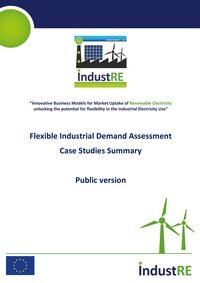 The report summarizes the results of demand response audits (DRA) at the premises of different energy intensive companies in various European countries for various business models. 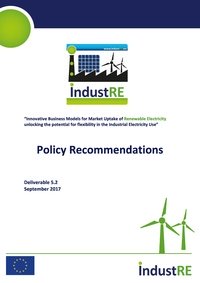 This document starts from the business models proposed by the IndustRE project and formulates country-specific and Europe-wide policy recommendations that are necessary for the full value of these business models to be made available to the market players. 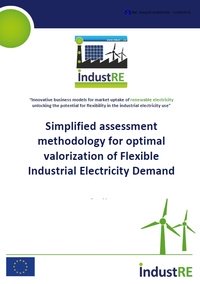 This report presents a simplified version of our methodology for assessing the flexibility of industrial electricity users and its value. The simplification aims at satisfying the following requirements: 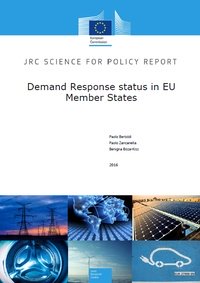 This report reviews the current status of European Member States’ regulation supporting Demand Response and Aggregation in the wholesale, balancing and ancillary electricity markets. It also discussed new insights on key success criteria for Demand Response which are in line with and benefit from Europe’s competitive market design. 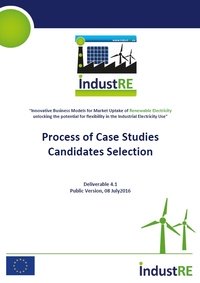 IndustRE has selected 6 potential case study candidates covering 5 countries and 4 industry sectors on which the methodology for optimal valorization of flexible industrial demand will be applied. This document provides an overview on the selection process of the candidates. 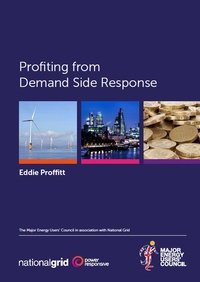 Profiting from Demand Side Response

This guide by National Grid UK aims to provide large demand users with all the information they need to profit from opportunities in Demand Side Response (DSR). The rapidly changing landscape with more and more renewables coming on line and advances in technology creates new challenges for the grid operator and the broader industry, but also presents exciting opportunities for large commercial and industrial energy users. 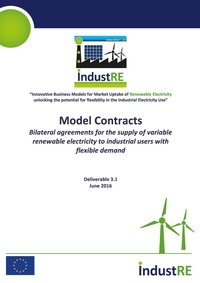 Bilateral agreements for the supply of variable renewable electricity to industrial users with flexible demand.

Two of the business models identified by the IndustRE project in the report “Business Models and Market Barriers” for reaping the benefits of flexible industrial demand, directly involve industrial electricity users and variable energy producers.

This report, as an “implementation tool” to facilitate the adoption of those business models, sets the foundations for developing bilateral contracts, which can be used by the involved parties in order to sort out their mutual relations both in case there is on-site and off-site variable renewable energy generation.

These model contracts have been adopted and translated into the national language of the following countries: 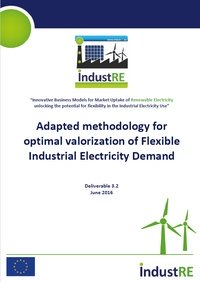 Finally this information is brought together to define specific business models. Besides this a methodology for their calculation is specified. 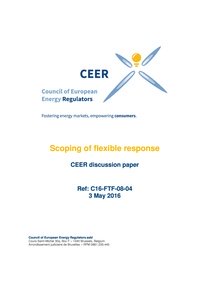 This document (C16-FTF-08-04) is a short paper focussing on flexibility. It is intended to serve as a working paper dealing with the current status for flexible response in the European electricity market. The report especially aims to highlight challenges for the integration of Demand Side Flexibility (DSF).